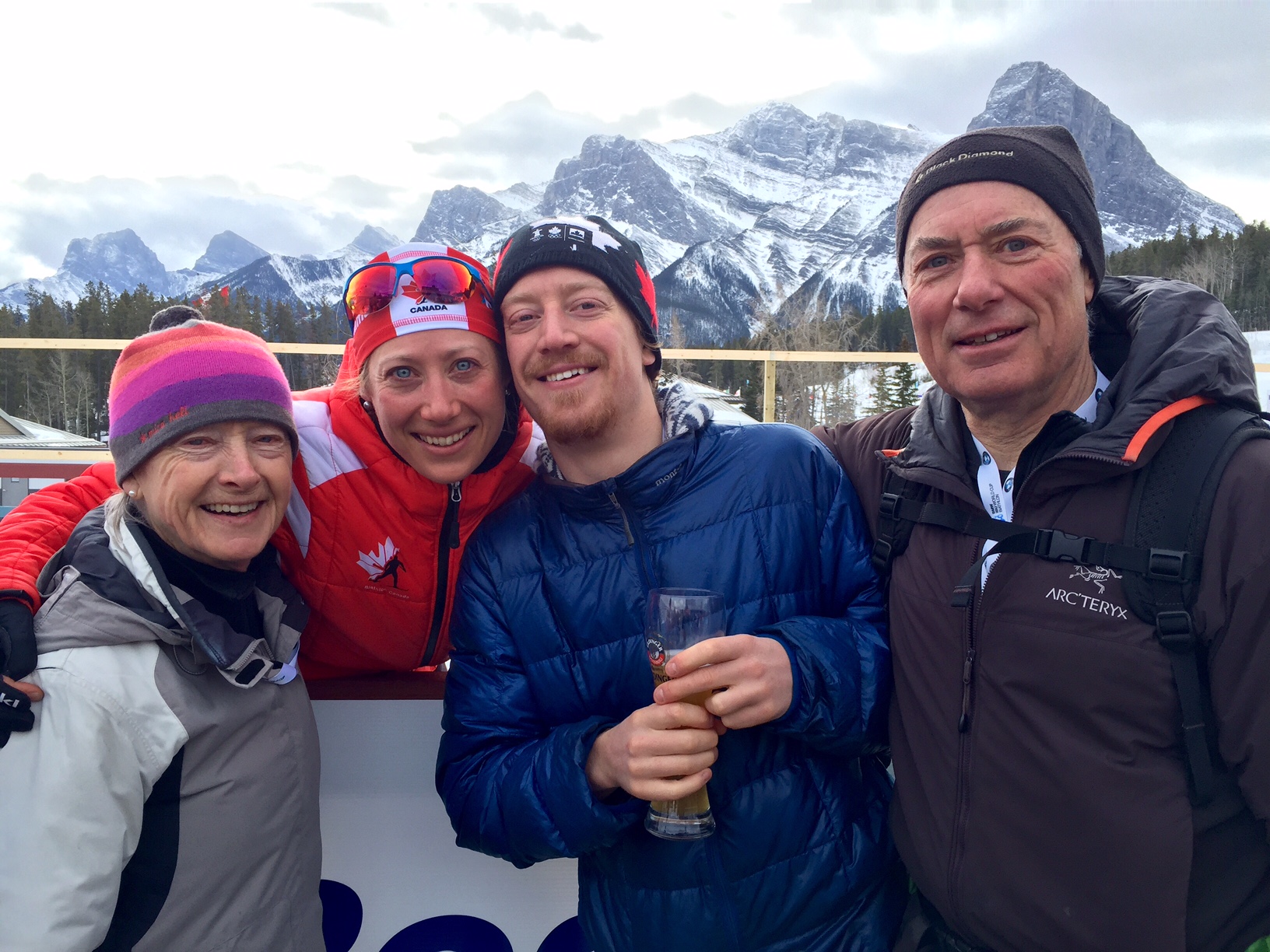 I believe I wrote a few months ago that'd be writing a weekly blog...well the story is that a correspondence course deadline took priority! Now that that's out of the way, let me recap a brief update...

Racing has been a bit of a struggle for me the last couple of months, however there were highlights and most definitely great memories. Every time I was leaving a World Cup venue I was a little saddened that it would be my final time!

We spent 2 weeks in Ruhpolding as the Oberhof World Cup was cancelled. I relished in the great atmosphere with its thousands of spectators and took it in for one last time. We had a good relay but unfortunately I had a slight collision in the final lap as I was fighting for a top 6 finish. I broke a pole and we dropped to 9th. Two broken poles for our team in one race, sadly a record! (Julia broke a pole in lap one of the first leg) During the 1st week, Nathan Smith had a fantastic Pursuit, moving into 6th. That day was pretty exciting - I had a good time joining our coach Matthias Ahrens on the range to help with sighting the shooting for our 5 men, in case any of them needed a sight correction in prone. Was a fun opportunity to see the excitement and stress from the coaches angle! Everything was happening so fast! Besides only racing, we girls had fun cooking workshop afternoon with the chef and staff that run the VIP tent & Biathlon Family Club, learning a couple Bavarian recipes! 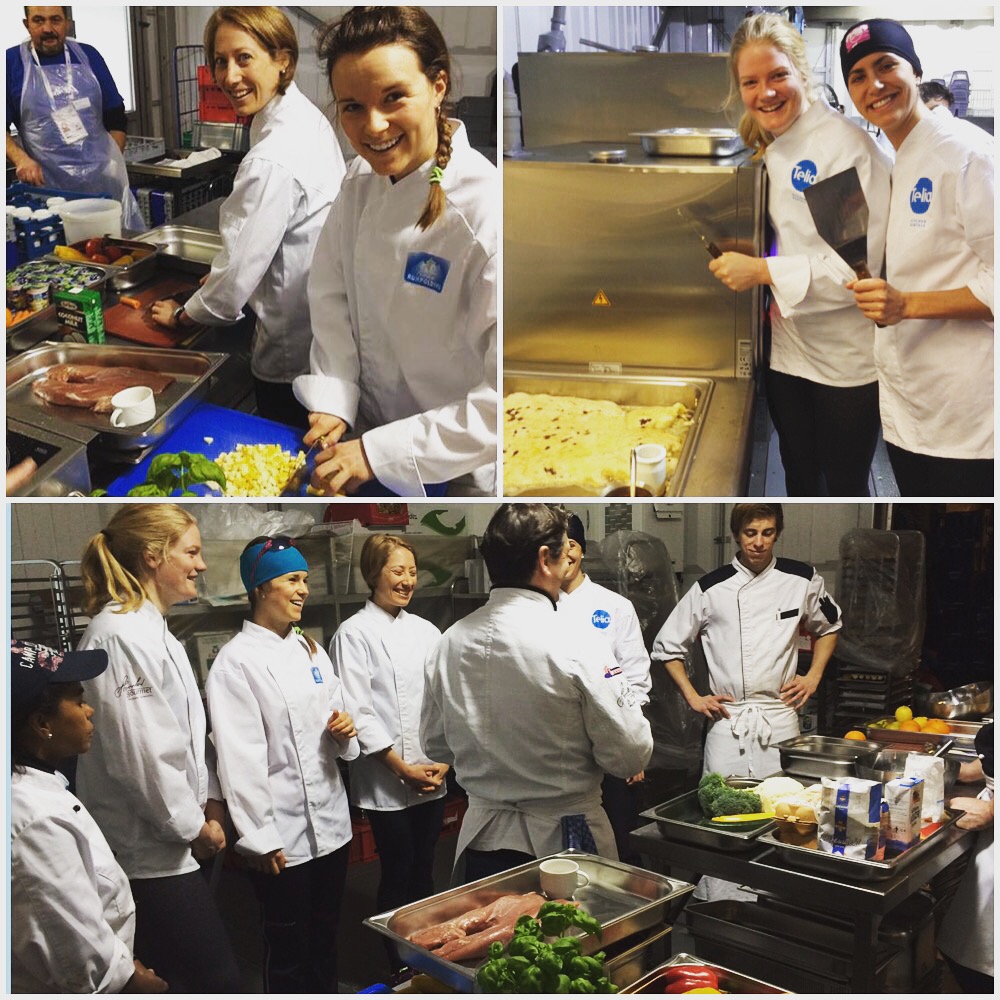 (Fun times in the kitchen! We look so pro!) 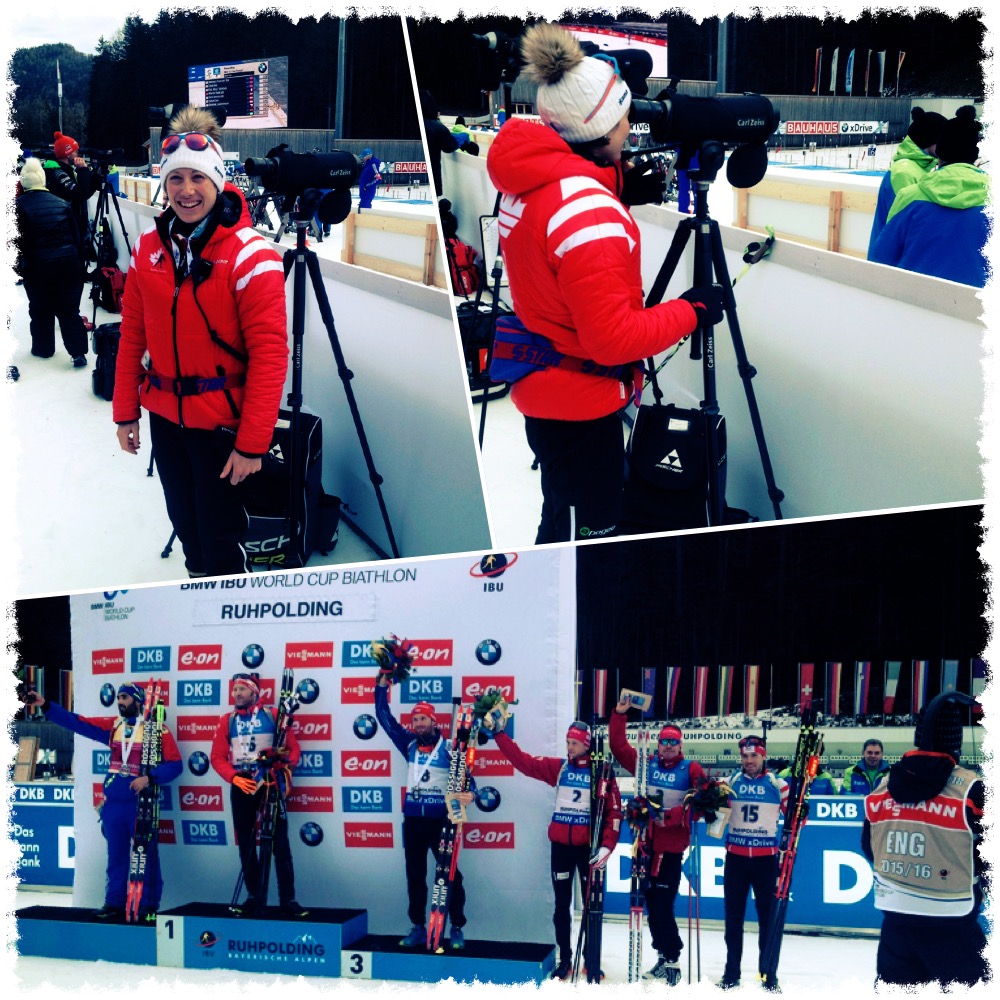 Next stop was Antholz, Italy, another favourite. Always amazing food, sunshine and another venue with an awesome spectator atmosphere. Although I love racing there, I often struggle with the altitude if I haven't spent time adapting. Nevertheless, one must fight! One of the things I always love doing in Antholz is going for a ski up the Staller Sattel. It's a long climb uphill to a pass at 2052m, to the border of Austria. There's wonderful views up there on a sunny day and the downhill is pretty exhilarating! Oh there's a 2nd thing to do, go for pizza, you're in Italy after all! 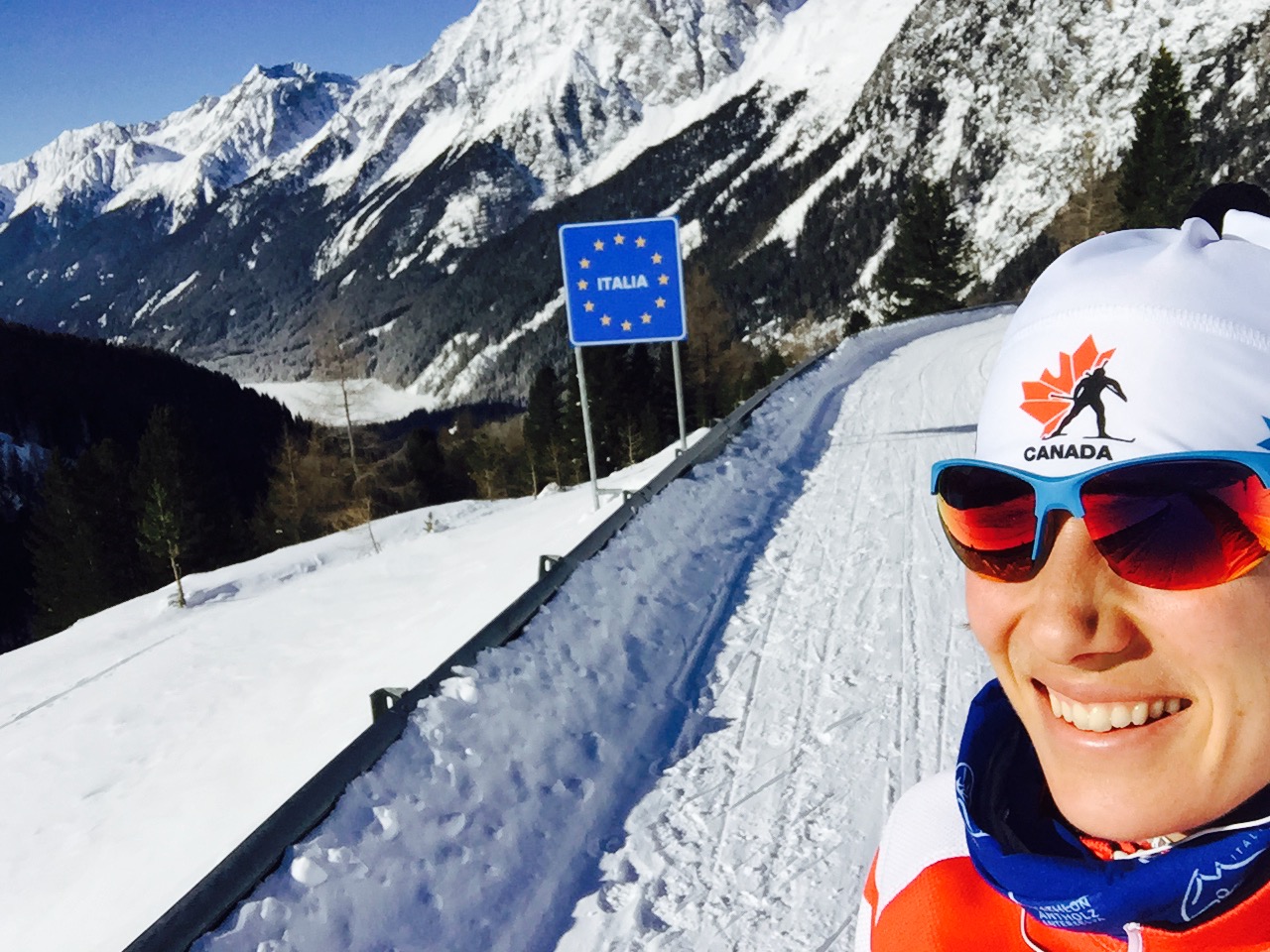 (Skiing up to the Staller Sattel pass, looking down into the Italian side) 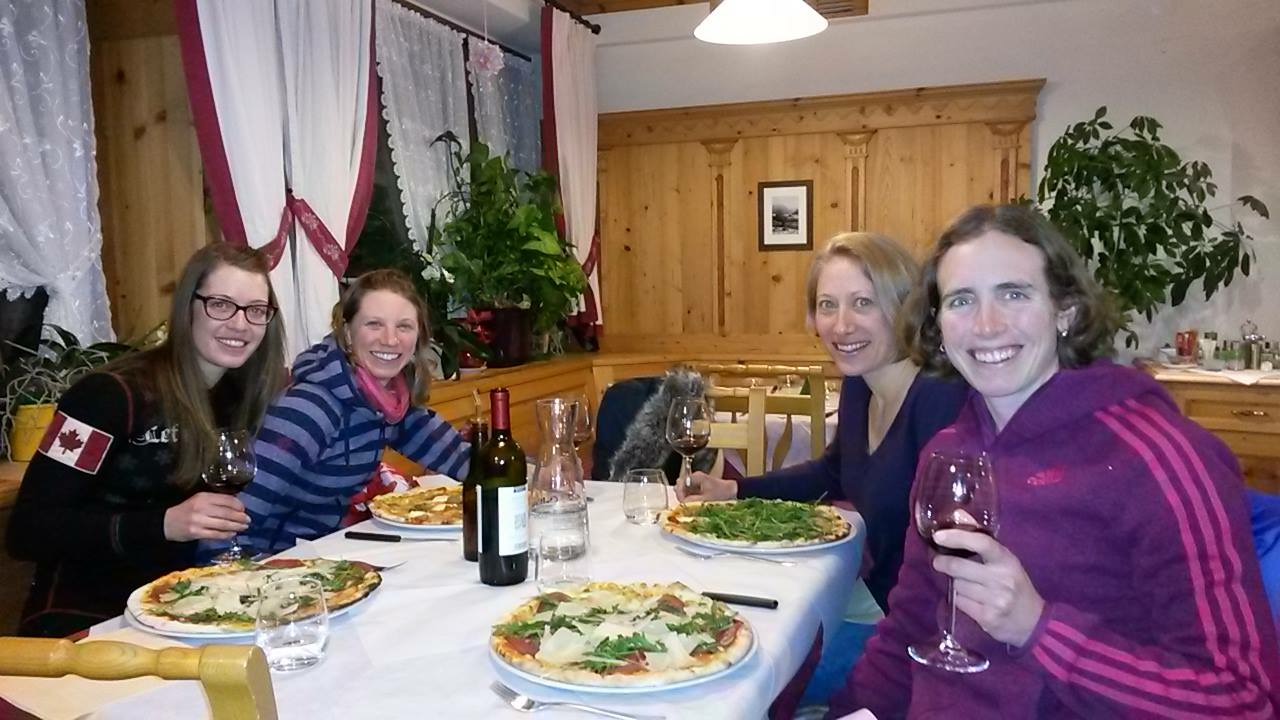 After Antholz it was time to fly home to Canmore, recover and prepare for the Canmore World Cup. One of my goals of the season was to qualify to race at home. I did accomplish this, and was proud to finally race at home in Canmore with my family and friends cheering me on in the Sprint. Since Canmore had not held a biathlon World Cup since the mid '90's it was a proud moment for the town, the organizers and the Canadian biathlon family. I will not deny I was disappointed in my performance, but the memories of the last 16 years and having that opportunity overrode this disappointment. Although as a team we didn't have any medal victories there were some personal bests. Our 2 youngest members, Julia Ransom finished 19th & Sarah Beaudry finished 38th in the sprint. And then our team, a mix of veterans and youngins - Rosanna Crawford, Sarah Beaudry, Macx Davies and Brendan Green had a stellar day in the Mixed Relay finishing 6th. The day of the mixed relays was one of those stunning Canmore days, making for fantastic filming for the races. 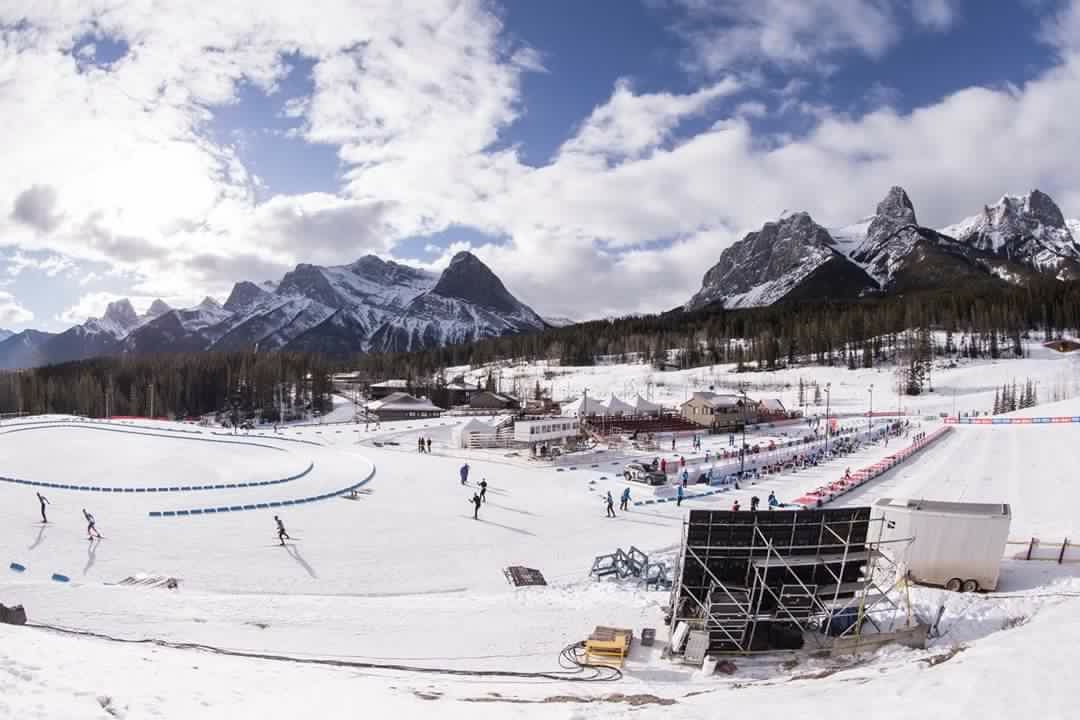 (Beauty pano of the Canmore World Cup in action)

I continued on to the Presque Isle World Cup. Presque Isle is in northern Maine, a couple hours from Fredricton. Quite a long tedious travel to get there but eventually we made it. Old school and family feel is the word that comes to mind. For instance, yellow school buses were our transport to the venues, which seemed to be thorough entertainment for the Euros, as I saw multiple Instagram selfies of this nature! We had a young team there, some newbies to the World Cup. It was a special week for 2 Saskatchewan athletes racing together, 2 generations apart 1 old, 1 new - Scott Perras and Matt Hudek. (Saskatchewan is a prairie province with only a small number of biathletes)

Back home I returned for some quality training time, finally. Though normally a season of World Cup racing means we are at home only during the Christmas break. Thus having returned home two times since Christmas was pretty special! I qualified for the World Championship team in Presque Isle; therefore after 1 week at home I was travelling again this time for Voss, Norway to have a week of recovery from jet lag and the final fine tuning training. Our Voss camp was...quiet. We stayed at a hostel situated on the ski trails beside the shooting range. So close that I might have been able to hit a target from the balcony by my room! There was lots of downtime as it was our recovery week and we were abandoned on top of a hill. So the team passed the time through books, ping pong tourneys, video games, movies, and various card games... like amonia, which is very high pressure. I wouldn't recommend this when jet lagged, or playing with an intense Julia Ransom. I learnt that I was highly dysfunctional at this game or maybe I just need practice! Either way I was wishing I had Bananagrams with me, words being more my cup of tea! 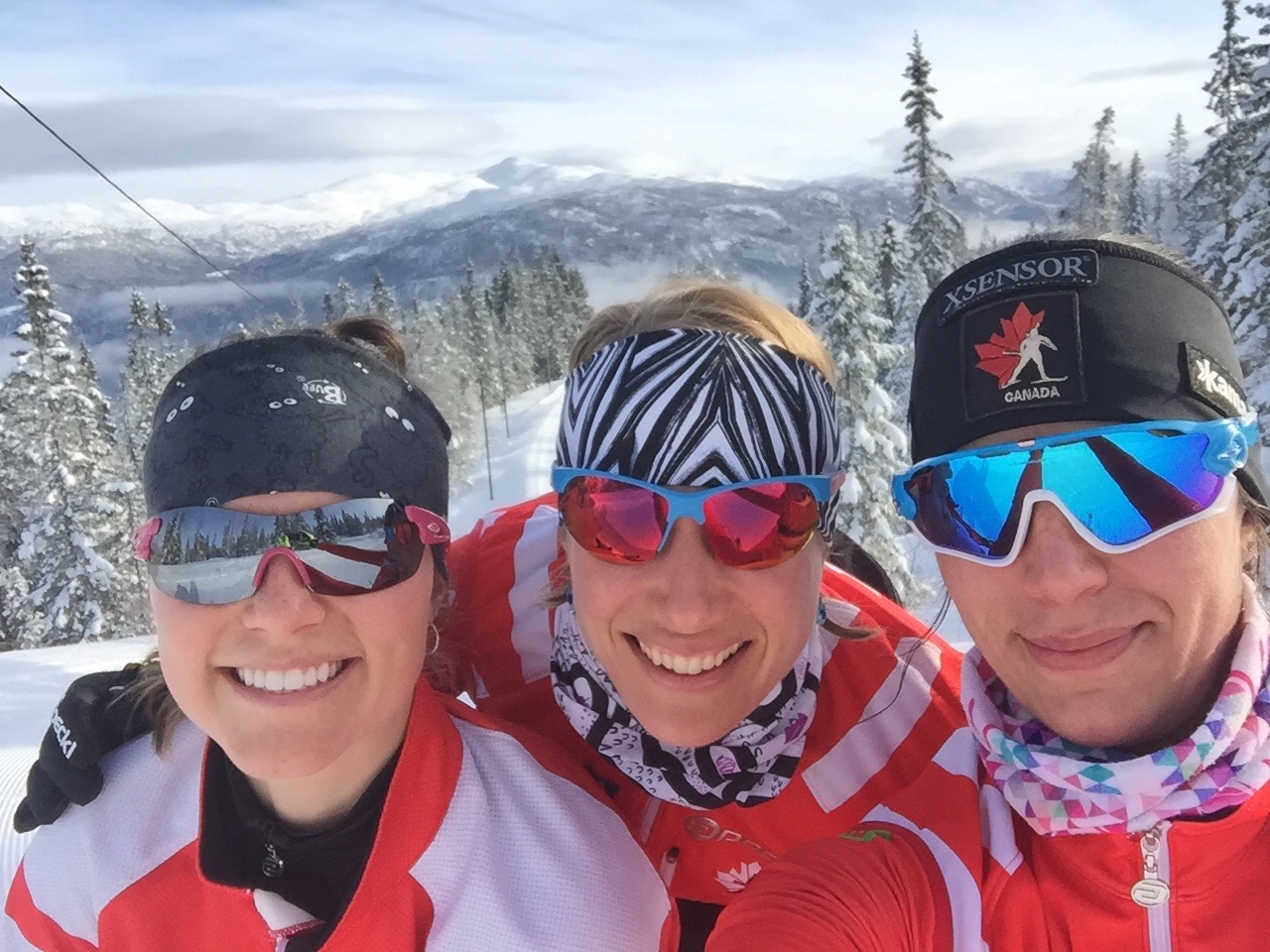 (Julia Ransom, Rosanna Crawford & myself on a ski in Voss)

After a week we were ready to move on. It was time. And time to start racing again! We took the train from Voss to Oslo which is the Bergen Line or Bergensbanen. It is the highest mainline railway line in Northern Europe, crossing the Hardangervidda plateau at 1237m. Beautiful views of white as you pass through the mountains there. Don't forget your sunnies if it's a clear day!

We are halfway into racing at the World Champs so more to come soon! 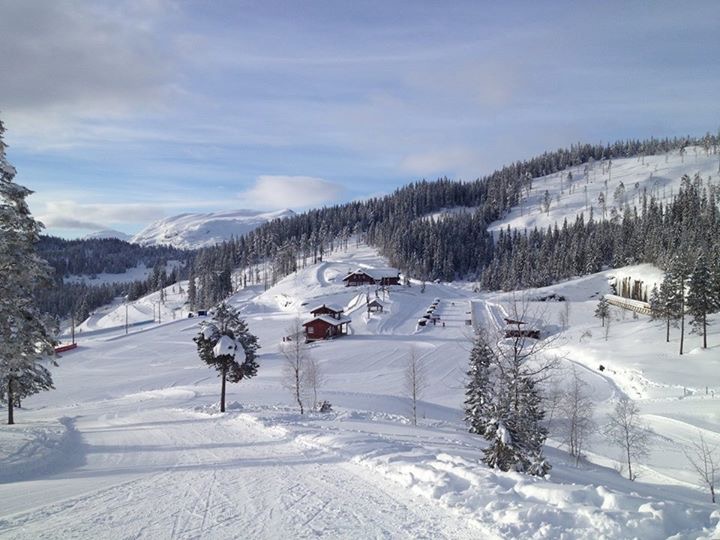